Singing sensation Soumita Saha blows a candle more on 17th July 2021,she is one such name who has been riding the popularity charts with her talent. She has constantly been in the limelight for her breathtaking voice and amazing performances. She was also given the title of ‘Justin Bieber of Kolkata’. She is one of those performers who has worked under International record labels as well. Her debut album was a massive hit and since then she has not looked back. After the success of her song ” Ishq ” she is fondly dubbed as IShq Girl. The young singer started her birthday month on the note of Self Love as she paints a self portrait. On her birthday the young singer post a fabulous message of self love, forgiveness and gratitude. “A few more hours to go and I will blow a candle more.

An opportunity to see yet another year is a confirmation to me that my life is full of miracles. I am grateful for the breakthrough and I am giving myself the best gift ever. Forgiveness. I started my birthday month with ‘Self love’ now that I am nearing the “landing day” I am forgiving myself for tolerating some useless creatures. I have been hating myself for giving too much importance to some some spineless creatures that somehow look like humans. I am forgiving my self for inviting those trouble, putting up with those useless dumb heads, and yeah trying to be generous having given each such creatures a second chance. As I proceed to blow a candle more I am setting myself free from the bondage of societal acceptance. I am rather embracing the idea of of chose me or loose me. Today I take stock of my life. I acknowledge there is room for more achievements. I choose to celebrate my successes and milestones as I look forward to bigger challenges to conquer. Let’s do this again next year.”

Soumita is known for her memorable contribution to the field of Rabindrasangeet. She is one of the most celebrated young tagore song exponent dwelling in the city of joy. Soumita is not only a popular name in tollywood’s music industry but also a popular name in the niche of Art. Her paintings not only gets Exhibited in India but also Abroad one of her Painting “Conscience of India” was Exhibited at Portland’s Art Reach Gallery. Recently the song bird made it to the news having organised solo Exhibitions “Envisaging Michael” and ” Ruminating Frida “. Envisaging Michael is a Solo Virtual Exhibition where she paid tribute to Michael Jackson and Ruminating Frida was live from 6th July ( Frida’s Birthday) to 13th July ( her Death Anniversary).
Weaving dreams, not only with music but words too: The Inspirational Writter:
Soumita Commemorated Human Right Day On Social Media, some of her quotes became heart touching and inspired the youth. Soumita Saha raised awareness about the right use of human rights through the social network. “One of the major goals of celebrating the human rights day is to eradicate the poverty from the life of human being and help them in getting the well-being life. Human rights day is celebrated by deciding a particular theme to make this celebration more effective and theme of 2018 is ‘Right to Peace’. One of the most important aspects of human life is peace, and we should know how to utilize the depth of Human Rights for maintaining peace.” Soumita has been vocal about various social issues. She is known for her active participation in social activities as well.

The Youth Icon and Social Activities:

Singer Soumita Saha, who is also a strong advocate of Women Rights, felt deeply pained by these incidents. She had penned down a beautiful poem to express her agony and has dedicated it to Asifa Banu, the 8 year old victim of Kathua rape and murder incident. This was the first time her poetic self was higlighted. She later dedication a beautiful poem to the national hero IAF Pilot titled ‘ Welcome home brother’ She has been vocal about many more social issues.Her plea to the Government to mark December 29 as the Nirbhaya Day was also taken in good spirit and supported by many. Soumita Saha Opposed Body-Shaming Of Auntie Who Blamed Girls For Rape The recent viral video about a middle-aged woman, who had blamed girls wearing short dresses for Rape, that had left the entire nation in shock.The Diva Supported LGBT Group Offering An Apology, Soumita literally influenced the youth to focus on its positivity also supported the verdict with open arms. “I cannot express in words how good it feels to know about supreme court’s verdict. The judgment closes the door on a dark chapter of Indian history. It marks a new era of equality for millions of people in India. I think youth shall resume faith in the judiciary.” During the covid situation she joined immune official as a cause ambassador for their ‘Find a Bed’ movement.

“ Art is the food for soul that keeps me alive”: Soumita Saha . The Singing sensation whose mesmerizing voice have hypnotized her audience so far is also a trained painter. She is not only a good painter who is amazing with abstract form of art,but also a great patron of art. Her art work is published pretty often on various magazines and popular news portals. Her art work got Exhibited at art galleries in Kolkata,Delhi, Mumbai,Pune and Many more cities. Her work was displayed at Portland’s Artreach Gallery on November 2020. Amongst her paintings Aberrant, Afflatus , Conscience of India are Popular.

Controversy of Indian Cinema and The Ishq Girl:

Ekta Kapoor’s Lipstick under my Burkha raised a lot of eyebrows. Soumita joined the bandwagon of celebrities in support of the film. She symbolized lipstick as the symbolic representation of feminism.On the other hand a particular scene from the movie Veere Di Wedding starring Sonam Kapoor Ahuja, Swara Bhaskar, Kareena Kapoor Khan and Shikha Talsania is sure breaking some stereotypes. The movie’s fresh controversy was when a masturbation scene featuring Swara surfaced online. Social media users have been critical it and the actress has been heavily trolled for this on Facebook and Twitter.Soumita spoke in support of the actress saying “If We Can Accept On-Screen Sex, Why Do We Object On-Screen Masturbation?”.The young singer recently supported the story line of the film and clarified the fact that a film should be aceepted as a film not a motivational documentary. The Diva supported Shahid Kapoor’s Kabir Singh Storyline saying “One of the fundamental things you could do for someone you love is to not view them through the lens of your own hopes. It is hard to win over the unconscious need for control .”
We wish the Song Bird a very Happy Birthday.

Giorgia Andriani looks like a cute baby doll as she hoops on the Motu Bacha challenge; introducing the new member of the family along with her house help

Actress Pranati Rai Prakash Is A True Admirer Of Natural Beauty; Gets Lost In The Serendipity

Giorgia Andriani looks like a cute baby doll as she hoops on the Motu Bacha challenge; introducing the new member of the family along with her house help

Actress Pranati Rai Prakash Is A True Admirer Of Natural Beauty; Gets Lost In The Serendipity 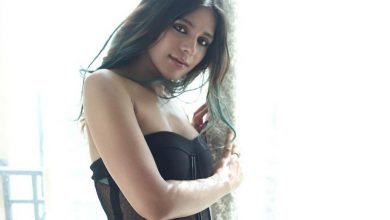 Pranati Rai Prakash Keeps It Top Notch In Her Black Sheer Corset Dress; The Actress Is All Set To Spread Black Magic 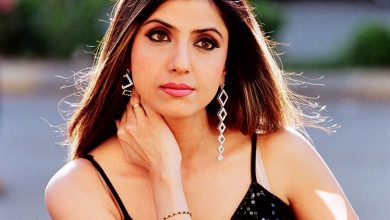 Jyoti Saxena spills out the beans shares her fitness Mantra, says Focus on fitness, not on weight loss 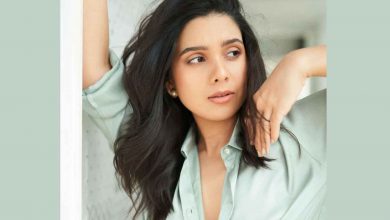 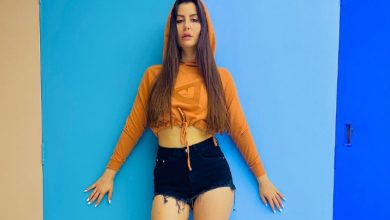