Surat, the city with many names, where the diamonds are brought into being, known for the flyovers, silk, and heritage, is home to a very proficient fashion persona. A lady whose blogs are a perfect example of how one could add style to one’s life! Riya Hassani, a lady full of flavors in every aspect of her life. May it be fashion, may it be food, Riya has been full of zest and zeal!

Setting the sails of her journey, Riya started as a Food blogger 4 years ago in a time when the concept of blogging was almost unknown to people. Riya holds a record of introducing 16 failsafe recipes in just 72 hours! Keeping up with the authenticity of the content is indeed a tough job, but Riya has been the living illustration of the proverb ‘where there is a will, there is a way!’

After the gradual success and the love she received from her fans, she shifted from food blogging to lifestyle and fashion blogging. Wiping out all the misconceptions about the blogging professions, Riya worked hard and demonstrated that blogging is not just about posing for photos and uploading them.  Riya believes that ‘Content is King’ and the consistency and uniqueness of her content live up to her words. Her consistent efforts and skillful work ‘theflavor.tummy’ has become a synonym for fashion and style.

A journey is never complete without obstacles, and Riya also faced a lot of hassles along the way. May it be criticism or leg pulling, may it be the trolls, toxic audiences with demeaning words intended to take her down, Riya faced everything with a bright smile and always came back stronger! Throughout this journey, she has transformed from a shy and reserved girl to a strong, bold, and independent lady.

When you face the challenges head-on, you grow! And when you grow, success is inevitable! As theflavor.tummy reached the hearts of the people and earned their love and affection. She also reached the skies of success. Riya has worked with 300+ brands. It includes the big guns of the business such as Dineout, Starbucks, Lays, Helo, Smytten, and several other brands. Bringing her A-game every time,  Riya has gained a tremendous stature in the industry.

A fashion enthusiast from her birth, Riya had always enjoyed her shopping trips with her parents. Her definition of fashion is capable enough of fascinating everyone. To her, ‘Fashion is something that develops from within. It is not about wearing trendy clothes even if it makes you uncomfortable. It is about doing something that suits you and comforts you!’

Riya is a perfect example of, ‘success usually comes to those, who are too busy looking for it!’ Following her passion, all the determination is what Riya had in her mind and that is what has made this charismatic influencer!

Theflavor.tummy has achievements and growth is commendable. Riya has received the ‘best blogger’ award and has been featured on various platforms. But the achievement she cherishes this most is the love she receives from her fans! Knowing that her work has been inspiring her fans and that she has contributed something to their lives has been the greatest achievement for her. Her work and her words have always kept inspiring her audience. And their love is what inspires her the most!

From Food to Fashion and that’s how I lived up to my Passion! – With Riya Hassani

From Food to Fashion and that’s how I lived up to my Passion! – With Riya Hassani 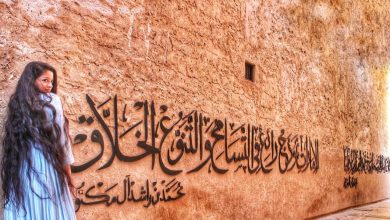 Glimpse up the world @worldwithmaria 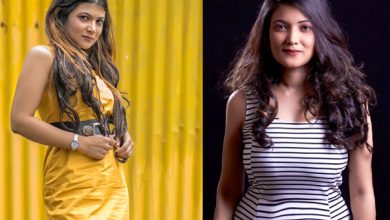