A pioneer in the true sense of the word, her maverick journey from being a qualified Jewellery Designer to metamorphose into the shoes of the PR Ambassador for Kobe City in Japan has been nothing short of phenomenal. Today, she is counted amongst one of the independent women from the Indian Diaspora in the foreign city, home to the world’s longest suspension bridge, The Pearl Bridge. CJ is a Certified Practitioner and Healer brilliantly running her own brand ‘GoPositive’, which growing at an accelerated rate, prominently due to the startling accuracy of Charmi’s readings, and reassuring healing techniques. In the prospective future ‘GoPositive’ aims at spreading its wings even in remote areas via digital mediums, with a purpose to proliferate altruism. But, it wasn’t all ever so pleasant for Charmi since the beginning.

Irrespective of being such a gifted individual she had considerable days of scrimmage both personally and professionally. However, CJ battled through the tough times with a smile on her face, be it dealing with depression, anxiety or overcoming obesity. Somehow, it was during these testing times when she came across Tarot science, amazed by the results she perused it as a profession and eventually started ‘GoPositive’.

Throwing some light on her personal life, Charmi tied the knot with her loving husband in the year 2005 at an extremely naive age of 20 and shifted to Kobe, Japan. Given the lack of access to anything owing to her inability to converse in the local language, CJ too had her share of low days slogging to fit in the newfangled environment.

Apart from being a responsible daughter-in-law and caring wife, Charmi is also a mother of two remarkable kids, a teenage daughter and a 9-year-old son. After the birth of her second child, she gained a colossal amount of weight. During the postpartum, she slipped into depression and started questioning self-worth. Fortunately, the undying support of her family, helped her regain her lost confidence and drop 42.2 kgs of her weight.

CJ is a true hustler at heart, it is easily noticeable in her hard work and perseverance. Revered with a splendid personality the glamourous physical evolution ignited the wanderlust in her. Her passion for exploring new places, tasting different cuisines and understanding the cultural intricacies paved the way towards the bailiwick for food and travel blogging.

Apparently from her teenage days, Charmi was fascinated by the world of fashion, travel, and photography. In the recent past, CJ is notably allotting an aggregate amount of her time to travel and food blogging alongside focusing on its reach over the internet community. Her forward plans include encouraging both Japanese and Indian cultures via her blogs. Collaborations with local Japanese and Indian labels for boosting social and economical welfare is also an integral part of her to-do-list.

In addition to this, captivated by quirky styles, Charmi is all set to step into the world of fashion influencers and hopes to create a pathbreaking name for herself. Inspired with zest to contribute to the society since January 2020 till date Charmi has also been executing her role as the PR Ambassador for Kobe City to the T. Wherein, she proselytizes the culturalistic traits of the picturesque city with breathtaking visuals via several platforms to promote tourism. Irony of the situation is that today Charmi happens to be the PR Ambassador of the same city once she was a stranger to.

Her story is an inspiration to all those married women who wish to make it big but resist themselves from the fear of societal judgement thus, stop worrying and start working.

What is the importance of self-directed learning to boost self-confidence?

What is the importance of self-directed learning to boost self-confidence?

How can a venture by a work from home woman do wonders? 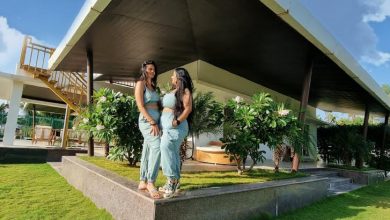 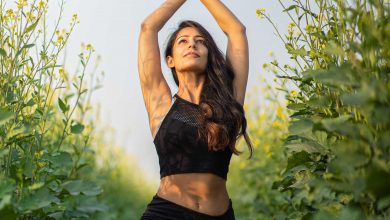 Shynee Narang – How this Market Researcher became a YOGA Entrepreneur