Have you ever tried breakfast in a bottle, meatless meat, meatless burgers, cruelty-free, guilt-free sweets, veganised Mysorepak, Ghee Mysorepak using just coconut milk? Vegan Market is the place to explore these and many more.

Hyderabad, December 02, 2021: Hyderabad’s First-Ever Vegan Market to be held at Phoenix Area, Hi-Tech City in Madhapur on Sunday, 5th December. Vegan Market is an exhibition of plant-based food, edible items, foods made from plants. It will be the place for Vegans who stay away from foods that come from animals, including dairy products and eggs.

It is the first of its kind plant-based market to be organised jointly by Alt Mart & Enya, the women led Vegan startups and passionate Vegans who believe in a more compassionate world-one that is anumal, health and planet friendly.

Alt Mart is founded by Rupa Obulreddigari is a one stope Vegan ecommerce marketpklace that services pan Indian markets.  Enya is a dairy alternatives brand and cloud kitchen founded by Pranavi Pangnuri and Vishwatej that aims to change the way people perceive Veganism.

It will be organised in association with Beyond Meat, Vijay Sweets(who shot into fame for introducing veganised Mysorepak), Vegan First( an online vegan portal in India, a one-stop solution to going vegan), People For Animals(India’s largest animal welfare organisations), The Weekend Cafe(the health food cuisine restaurant, a vegan cafe), AWBP Trust(a non-profit organisation that connect people to animals so that animals get water round the clock), Hyderabad Save etc.

Food habits, eating trends are changing rapidly across the globe. The food industry is going through lots of innovations and people have been looking at healthier options when they eat out. As per research, more and more people are choosing a healthier and vegan lifestyle and are looking for healthy alternatives for meat substitutes.

Meatless meat, the meat that tastes like meat is the new order. People are looking for an alternative to eat meat without any guilt. It is said that 79% of millennials in the USA have tried alternative proteins. Alternative plant foods, meat products, innovations in seafood, even in pet foods all are future now. The maiden Vegan Market will bring Vegan and Conscious Businesses together to put forth a splendid Vegan & Cruelty-free assortment for a day. The brands that are home-grown and much-loved ones will display their products. 40 Vegan/ Plant-based enterprises will showcase their products. The vegan market will feature food, beverage, personal care and more.

It will be open from 10 am to 10 pm. Some of the highlights include an open-air ambience, all-day Vegan Cafe. It will be a pet-friendly event.  Pets are like babies The Pet Adoption booth will be hosted by People for Animals. The city’s upcoming artists will enthral the visitors with live music all through the day.

“People are looking to be happy vegetarians. This unique expo helps them to explore more options”,  said Ms Rupa Obulreddigari, one of the organisers, who is also the founder of Alt Mart, a Vegan Food Startup. The objective of this event, according to her, is to showcase alternative plant-based foods and promote people, the environment, animal-friendly products and lifestyle.

“Animal and planet-friendly products are the order of the day which is core to our business,” says Ms Pranavi Pangnuri and Mr. Vishwatej Muddu, the co-host of Vegan Market and founder of Enya, a local Vegan startup. Vegan food startups, meatless meat startups are changing the food industry and saving the world now, she adds.

Nearly 20% of the world population is vegetarian now. More millennials have tried alternative proteins. Meat looking meat is now a popular choice. It is on the rise. In just one year, plant-based meat went from something very few Americans had heard of to something that 40 per cent have tried.

The USA and Singapore are advanced markets. And space is changing rapidly. While there is so much happening in the west, unfortunately, Hyderabad, the city of nawabs, the IT Capital of the world never had an opportunity to witness such a marketplace. That is why this event is planned added Ms Rupa Obulreddigari, Ms Pranavi Pangnuri, the two hosts of the event.

You’ve tried breakfast in a bowl but have you tried them in a bottle? No, right? Now you can have your Breakfast in a Bottle (BIB). Making this possible is a Hyderabad-based brand floated during the pandemic to provide nutritious breakfast…in a bottle. They offer juices of favourite fruits and nuts. And they are home delivered too, every morning.

‘No Beef’, is a food startup founded in lockdown in 2020 experimenting with healthy food. Along with a shortage of toilet paper at the grocery store, the two discovered that stores were also running out of milk, butter and cheese when they went grocery shopping in Los Angeles. The only shelf completely stocked was the vegan. They decided to give plant-based dairy a shot!

A sustainable practices blog on Instagram as organicwildberri during the lockdown turned out to be a startup that provides organic and eco-friendly products in plastic-free packaging. Since then it has been serving people in their journey of shifting to a sustainable lifestyle.

Beyond Meat, a producer of plant-based meat substitutes will showcase beyond meat products such as plant-based burgers and others. It is the world famous mock meat brand.  Beyond Meat is plant-based, vegan meat that’s tasty and  better for for the planet.This plant based meat maker creates its version of “meat” from ingredients such as pea protein, canola oil and beet juice.

Vijay Sweets, a 100% plant-based online sweets store, sells traditional Indian sweets and namkeen across the globe and is known for Vegan Mysorepak and others. While the whole sweet market is dominated by dairy-based sweets, it has come out after months of research on cruelty-free sweets, introducing veganised Mysorepak as an alternative to one of the most loved ghee-laden sweets. It is the pioneer in bringing out to consumers cruelty-free sweets without compromise on taste and quality. It has been constantly working on curating plant-powered sweets that are not just loved by vegans but for all consumers alike.

Chit Chat Chai, as the name says everything, it brings a wide variety of teas, the nectars of heaven in a cup. It is a place for chai lovers and quick snacks is also one of the exhibitors.

Chokalat is a Homemade Vegan Artisan Chocolate too makes its way to the exhibition. 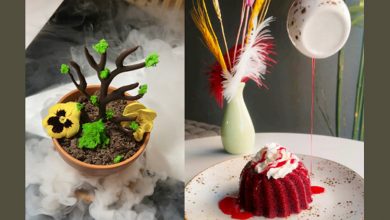 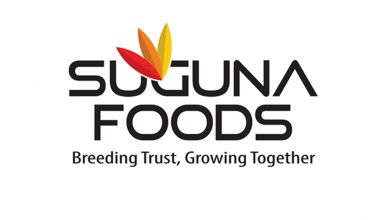